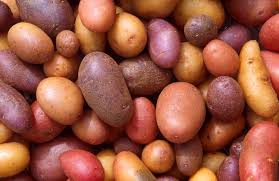 Recognizing Limitations but Never Saying “No”

It is becoming more and more common for requests for proposals from potential clients to include strict requirements for the Architect to have already completed at least three of a particular type of project. For example, school RFPs require that the proponent show examples of at least three school projects they have already completed. A client for a prison wants an Architect that has already designed three prisons. Three museum projects. And on and on and on it goes.

While I understand the desire of the client to have an Architect that is abundantly familiar with the type of project, the lack of “relevant works” by a particular firm does not necessarily reflect on the ability of the proponent to provide an amazing product.

One of my first jobs as an Architect was working with the federal government. My mentor Will and I were flying from Halifax to Charlottetown to start a potato research facility. This was at a time when the Federal Government Architectural Division of Public Works still did full design services for government agencies. As we were flying over the Northumberland Straight, Will talked about why he loved Architecture. One of the many things he said that has stuck with me was this: “You know, yesterday I didn’t know anything about potatoes and today I have to know everything about potatoes. I love this.”

That is what the training for Architecture is about. It is not about the particulars buthaving a foundation and the ability to learn. It is about training yourself to be good at figuring out your limitations and the requirements for the particular project and then becoming the expert. It is about getting the job even though you have never done the same type of project before and knowing that you can learn very quickly how to do it.

As Architects we are trained to become experts at something very quickly. We are trained to know how to research, how to listen, how to ask questions and to internalize the information in almost a photographic manner.

In Architectural school there were no courses named “How to design a School” or “How to design a Sewage Treatment Plant”. When you walked into a semester you had no idea what you were going to have to design. Then when you were told, you went out and learned how to do it. One of my semesters involved having to design a light rail transit system for Halifax complete with stations and routes and details. It was completely out of the blue but it was fun and interesting and I learned a great deal about light rail transit.

I never said no. I just stared at the assignment, had a short panic attack, then got down to business learning what was needed.

Every time I see an RFP for a project and it is for something that I have never designed before I think of that flight to PEI with Will seventeen years ago. And I think about potatoes. I think about how I learned very quickly about the optimum temperatures, humidity and shelf life of a potato. Of how the labs needed to be set up, of how to make sure there was enough fire-fighting water to keep on reserve for the facility, and the million other things I had to learn quickly.

In case you are wondering, I came up with the idea and learned how to design a lake with the pumping systems and water retention ability complete with annual precipitation calculations to resolve the fire-fighting capacity of the un-serviced site.

And I think of seeing the smile on Will’s face as we talked of learning about potatoes and how we were going to rock that design.